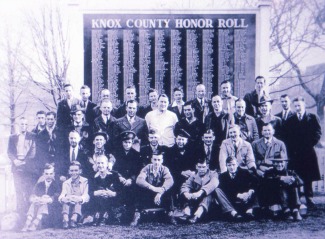 There are so many stories to tell!

Tragic fires begin and end this period, with the destruction of the Knox Oil Refinery in 1925, and Old Kenyon at Gambier, in 1949. The Memorial Building was opened in 1926, and the highway to Coshocton was completed by 1927. In 1929, The C. G. Cooper Co. merged with the Bessemer Gas Engine Co.of Grove City, Pa. to become The Cooper-Bessemer Co., just prior to the October stock market crash.

The depression hit the county hard, but the arrival of Shellmar, a packaging company previously based in Chicago, helped the local economy greatly. The Mount Vernon News emerged after absorbing the old Democratic Banner. The number of Knox County's many one-room schools declined as consolidations and new districts were formed. Dial telephone service came to Gambier in 1939, Fredericktown in 1941, Centerburg in 1948, but not to Mount Vernon until 1950. 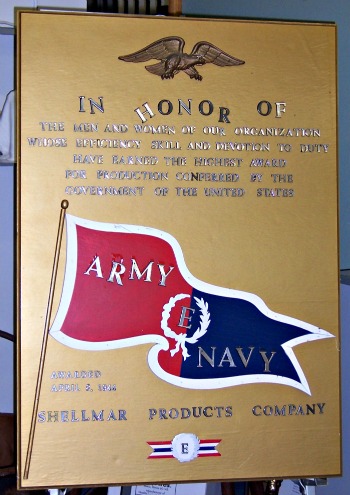 More than 4,400 men and women would serve in World War II from Knox County, with 123 giving their lives.

Mount Vernon industries converted to wartime production with three being awarded the coveted "Army-Navy 'E' Flag (for "excellence in production"), which was presented with a major military ceremony.

The U. S. Navy received diesel engines from Cooper-Bessemer and military landing craft from the Mount Vernon Bridge Company, while Shellmar provided special packaging for army food products in the war effort.

Peacetime brought about the beginning of the "baby boom," but by mid-century, we also faced the beginnings of new military action in a place called Korea.